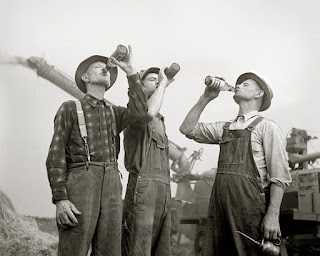 In old business, VP for Policies and Programs Jessica Fearn announced that the club excursion to the CC Hooks baseball game will be August 24, appropriately a “Thirsty Thursday”. Use discount code “BASH” to buy tickets on the Hooks website. Speaking of websites, the club website is back up and running thanks to Tom. Our domain name is paid up for 3 years.

Will Seddelmeyer gave an update on the Classic Brew. Unfortunately, in the days following the meeting, some information came to light that means B.A.S.H. will not be serving kegs of homebrew at the event using our portable bar due to insurance/liability issues. Members can still sign up at the September meeting to be volunteer tappers.

Steve Cook reported that our BJCP judge certification class was one of only twelve in the US this year. The following six members are now recognized judges – Daniel and Jessica Fearn, Paul Holder, Eric Linssen, Cory Mathews and Jeremy Van Horn. Congratulations to the judges and to Steve for leading the class and getting our expenses reimbursed!

In new business, Jake Resio reported on a new beer magazine called Brewd that is taking articles from homebrewers. Google “Brewd” if you’re interested. Paul Holder reported that Erik Hinz and fiancée Maggie are inviting B.A.S.H. members to their wedding. Stay tuned to find out where and when.

The competition this month was for British Golden Ale/Australian Sparkling Ale (BJCP 12A/12B). The judges awarded Wild Bill Lehfeld’s “Ned Kelly” Australian Sparkling Ale a score of 141 and his “007” British Golden Ale a score of 129. As Wild Bill was the only entrant, he earned one point. After four of six club competitions, the cumulative standings are as follows:

The following dubious comments were overheard:


Thanks again Brad, keep on brewin’ and we’ll see you next month at Mark Woerner’s !
Posted by Erik Hinz at 4:18 PM No comments: 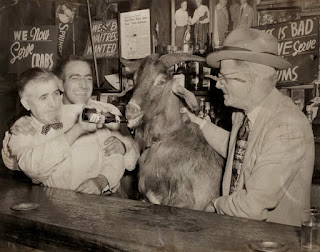 In new business, B.A.S.H. has been invited to participate in this years’ KEDT-TV Classic Brew fundraising event on Thursday, September 28. We will serve beers from our 5-tap portable bar. The theme this year is IPAs. Paul Holder passed around a sign-up sheet for those wishing to brew and donate a 5-gallon keg. Donors get into the event free of charge. A few IPA styles were still unclaimed at meetings’ end, so if you’re interested contact Paul. As always, volunteer tappers get into the event for half price.

Jessica Fearn is putting together a trip to a Corpus Christi Hooks baseball game. Contact Jessica if you’re interested. One of our past presidents, Jason Merry, is transferring to Cape Cod with the Coast Guard. We will miss Jason and family and wish them success in their new location.

After the meeting adjourned, we gorged ourselves on B&J’s pizza, courtesy of Paul. We washed it down with the IPA from the Big Brew as well as B&J’s vast array of draft and bottled beers. New homebrews included Walt Crawford’s “Hank’s Hefe”/”Hop Head” Double IPA, Paul’s amber ale, The Three J’s Mexican lager/English IPA/American ale, Corky’s American lager/bock/European lager, Carroll Pate/Chris Swanson’s brown ale and Larry Sommers’ English porter/watermelon wheat. Leave it to Paul to come up with the quote of the night – “My tongue’s not sophisticated enough to tell the difference”!


Thanks again Paul and B&J’s, keep on brewin’ and we’ll see you next month at Brad Klager’s !