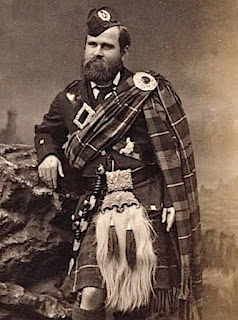 Jim and Tracy Hildreth hosted the March B.A.S.H. meeting on Sunday the 13th. Daniel Fearn conducted a brewing demonstration, making a pineapple pale ale while adorned in a spiffy B.A.S.H. apron. El Presidente Sabrina Krueger called the meeting to order and welcomed numerous neighbors, friends, relatives and other guests. Treasurer Carroll Pate reported that his efforts to embezzle the entire club account have failed again. He promised to pick it up just a little bit in the future.
For this years’ Big Brew public brewing demonstration in early-May, the AHA published only two recipes this year instead of the usual three. Sarah Tilton and Sean Sutherland will brew the Dusseldorf Alt, while Aggie Bill Hughen will brew the ginger beer. See Paul Holder if you want to brew a third beer.


Paul gave a presentation on dry brewing yeast. Yeast is generally recognized as the most important ingredient in beer and most people would say that liquid yeast is preferable to dry yeast. A recent article in the March/April 2016 issue of Brew Your Own magazine (available online) discusses recent developments in dry yeast. In short, today’s dry yeast is much improved over the varieties available in the 80’s and 90’s. Dry yeast only loses viability at the rate of 10-20% per year, so it stores longer than liquid yeast. You need 6 million cells per milliliter of wort, or about 114 million cells for a 5 gallon batch of ale, or double that for a batch of lager. A package of dry yeast contains about 200 billion cells. You must rehydrate it properly with water (never wort) before pitching. Sprinkle the package of dry yeast into 6 ounces of RO or distilled water at 95 – 105 F. Let it rest for 30 minutes, then stir for another 30 minutes before pitching.

Vice President and Competition Director Mike Wojdyla gave a presentation on Russian Imperial Stout, November’s competition style. You should aim for an ABV of at least 8%, use up to 8 different grains for a complex malty flavor and expect to age the beer for several months. We tasted examples of Clown Shoes Blaecorn Unicorn, Avery The Czar, Real Ale Commissar and Texas Big Beer Brewing Czar of Texas.

Uncharacteristically, nothing stupid or bizarre was overheard. We’ll do better next month …


Thanks again Jim and Tracy, keep on brewin’ and we’ll see you next month at Brad Klager’s!
Posted by Erik Hinz at 7:01 PM No comments: