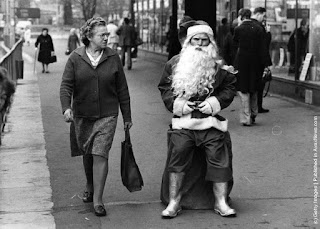 The December B.A.S.H. meeting was held on Sunday the 13th at the home of Carroll and Judy Pate in Calallen. Tom Freund and Paul Holder began with a demonstration brew of pale ale using Tom’s Flour Bluff Cascade hops. A sample of the finished beer will be sent to White Labs for IBU testing. Paul will then back calculate the available alpha acids.

El Presidente Sabrina Krueger called the meeting to order at about 4:30. Carroll once again reassured us on the soundness of our treasury. Tom reminded us that next months’ meeting will include judging of the Iron Mash XII beers. TEAMS – DON’T FORGET TO BRING YOUR BEERS! The judging will begin at 4:30 p.m., before food is served. Aggie Bill and Dianna Hughen will co-sponsor – the menu will include chili blanco and sausage.

Daniel Fearn reported that the AHA is wanting to hold a national conference in Texas – stay tuned. Paul reported that Lazy Beach Brewing has applied for a brewpub license (expected to take 45 days) which will allow serving beers of > 5% ABV. Rebel Toad Brewing downtown will have a grand opening on Saturday, December 26 from 4 – 6 p.m. Lorelei Brewing in Flour Bluff got their license and are currently brewing. Port Aransas Brewing has new owners. Member Sean Sutherland is the new brewmeister at Railroad Seafood Station downtown. Paul was presented with the B.A.S.H. Cup as Homebrewer of the Year for 2015. His name will hang for posterity on the B.A.S.H. plaque at B&J’s Pizza on SPID soon.

The best quote of the day came from Mike Wojdyla – “If Paul’s cleanin’ we gotta get some stuff dirty!” Amen !!!

Thanks again Carroll and Judy, keep on brewin’ and we’ll see you next month at Tom and Rocky’s!
Posted by Erik Hinz at 5:06 AM No comments: