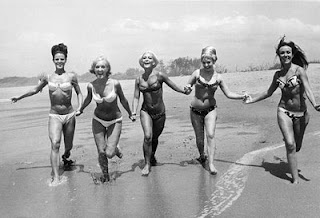 Paul Holder hosted the July B.A.S.H. meeting on Sunday the 12th at B&J’s Pizza on Staples at Timbergate. Incoming President Sabrina Krueger called the meeting to order, welcoming new members Mike De Groff and Dave Gurney. The primary order of business was collecting dues for the 2015-2016 fiscal year. Treasurer Carroll Pate didn’t meekly set up shop in the corner and allow members to queue up to pay dues. No, no – not Loan Shark Pate! He circled around the room like a vulture, pouncing on unsuspecting drinkers mid-swill, employing a fearsome glare, sharp tongue and strong arm to extract the twenty bucks. Extorted members lay cowering in his wake! You can’t argue with the results – his vicious tactics swelled the club treasury. If you haven’t yet paid, take heed – Carroll will seek and he will destroy! Special note to Travis Clapp: you can’t hide out forever with Smoky Bear!

In other news, next month will see the session beer competition. To enter a beer, you MUST provide both original and final gravity to prove your ABV is less than 4%. Paul reported on his recent experience brewing his Cubano recipe at Lazy Beach Brewing. The 10-gallon batch will be available for sampling at $3.50/pint at Lazy Beach on Saturday, July 18. Paul enjoyed the experience and encourages other members to take advantage of this opportunity. Remember – Lazy Beach provides the ingredients.


Thanks again Paul and the staff of B&J’s, pay dues if you haven’t already, keep on brewin’ and we’ll see you next month at the Fearns!
Posted by Erik Hinz at 8:32 AM No comments: