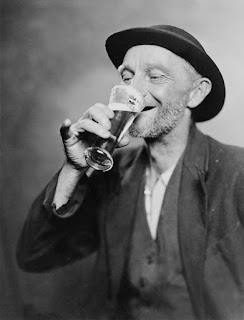 El Presidente Daniel Fearn, missing for three months, is back! Daniel was kidnapped by Vice President Mike Wojdyla and held prisoner in Mike’s abandoned pool near Rockport. Daniel was left with only pond scum and Michelob Ultra to drink. When asked how he survived, he replied “The pond scum was pretty good but it could use more hops!” After Daniel escaped, Mike fled the country and is reportedly seeking asylum in the North Korean embassy in Bhutan.

El Presidente celebrated his freedom by hosting the April B.A.S.H. meeting on Sunday the 9th along with wife Jessica. With competition director Mike in hiding, Jessica administered this months’ competition for specialty IPAs, BJCP category 21B. Wild Bill Lehfeld earned 3 points for his 1st place white IPA and 2 points for his runner-up rye IPA. Greg Sawyer earned one point for his 3rd place dark IPA. After two competitions in 2017, cumulative scores are as follows:


El Presidente called the meeting to order, welcoming new members Chris and Elizabeth Ackman. Somebody pushed the “play” button on Carroll Pate and we heard the familiar glowing treasury report. In new business, the AHA’s Big Brew is coming up the 1st Saturday in May. Philip Mooney and Cody Martin will brew an all-grain “Klang Freudenfest” Oktoberfest lager. Paul Holder and Mark Quade will brew the “Rushmore” American IPA. See Paul soon if you want to make the third of this years’ AHA recipes – “Battre L’oie” Saison. As always, the club will buy the ingredients and we will drink the results during the August meeting. John Cicala and Lou Needleman will each donate a 10’ X 10’ shade canopy that we will try out at Big Brew.

Cory Mathews promoted the upcoming CC Brewery Festival on Saturday, April 22 at Lazy Beach. Rebel Toad, Lazy Beach, B&J’s Pizza and Lorelei are all participating. In other news, Daniel earned a 1st, 2nd and 3rd place medal in a recent homebrew competition in Mc Allen. B.A.S.H. finished in 3rd place as a club.

The best exchange of the night was as follows –

Thanks again Daniel and Jessica, keep on brewin’ and we’ll see you next month at Big Brew and the Daniels’ !