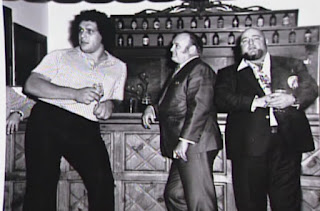 Daniel and Jessica Fearn hosted the February B.A.S.H. meeting on Sunday the 14th. El Presidente Sabrina Krueger called the meeting to order and welcomed new members Lee and Stephanie Lehman and guest Michelle (Sean Sutherland’s friend). Disgraced former president Travis Clapp wished everyone a Happy VD from his exile on the island of Elba.(He’s serving a life sentence for crimes against humanity and sheep).Treasurer Carroll Pate delivered a sterling report with his usual panache. Paul Holder related a recent article from Brew Your Own magazine, explaining why beer foams up in a frozen glass. The ice has a jagged surface which provides nucleation sites for CO2 to come out of solution, hence the foam. Sabrina urged everyone to start thinking about forming teams for May’s Big Brew public brewing demonstration. We’ll have more information at the next meeting.

As usual some interesting exchanges were overheard …


Thanks again Daniel and Jessica, congratulations Paul K, keep on brewin’ and we’ll see you next month at the Hildreth’s!
Posted by Erik Hinz at 5:55 PM No comments: