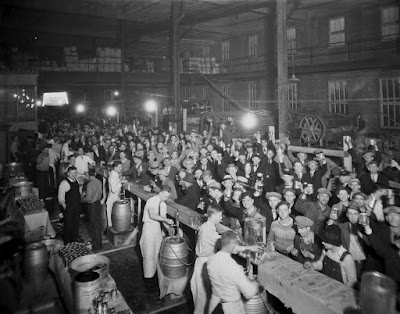 B&J’s Pizza on Staples at Timbergate hosted the 2017 Corpus Christi edition of the American Homebrewers Association’s Big Brew. Three teams from the Bay Area Association of Homebrewers (B.A.S.H.) brewed the AHA’s selected recipes for this year in an outdoor, public demonstration. The B.A.S.H. canopy was fully erect by 11:00 a.m. to provide shade.

The brews went well, with the only fiasco being Paul’s hurried trip home to fetch his hops. Naturally, Paul uttered the only ridiculous comment of the day – “I need a female partner, my thermometer’s not long enough!” By 3:15 the extract beers were done. The all-grain brew took another two hours. The finished beers can be sampled at the June and July meetings.