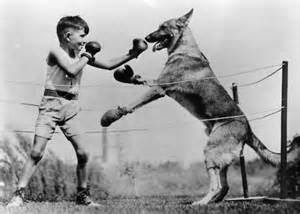 Will Lee hosted the June B.A.S.H. meeting on Sunday, 11 June at his home in Corpus Christi. It should come as no surprise that El Presidente Daniel Fearn was again missing. This time he sent word that his calendar failed him but he would show up in time for a meeting next week if we had one. Vice President Mike Wojdyla again assumed the heavy mantle of the meeting and competition and vowed that he would take action to have this situation resolved. See Paragraph 3 of these minutes.

Mike immediately began collecting bottles and recruiting judges for this month’s Extract only competition. In the meantime, we welcomed guests Steve Spencer, Sean O’Connor and, Will’s neighbor, Tony Barrera. New beers were served by Greg Sawyer (California Common), Will (Brown Ale and IPA), and Victor Aguilar (his Big Brew Saison). There was lots of commercial beer also however only a check of Will’s garbage will show which one’s we tried.

After the six entries in the competition were judged, Mike announced the results. In third place with 97 points was John Daniel’s Red Rye, second place with 137 was Tahoe Willy’s (Wild Bill) Wee Heavy and the top spot went to Jeremy Van Horn’s Old Ale with a whopping 164 points. Mike then immediately launched into meeting mode and we determined that our Treasury, guarded by Treasurer for Life Carroll Pate, was still solvent. Mike solicitied ideas to spend some of the funds. We had no outstanding old business and moved quickly to the only new business of the day, nominations for elections for the next 12 months officers. Head of the nominating committee Paul Holder reported a new structure for the next year. 6 Positions, President, VP for Competitions, VP for Plans and Programs, Secretary, Treasurer and Webmaster. As this idea was looked upon favorably, he recommended the following: for Webmaster Erik Hinz, Treasurer Tom Freund, Secretary Wild Bill Lehfeld, VP Competition Daniel Fearn, VP Plans and Programs Jessica Fearn and President Mikey Wojdyla. The election was decided by acclimation and Mike successfully deposed Daniel .

A couple of oh by the ways. We can still call Carroll Treasurer for Life as his sage advice will often be sought by all. VP for Plans and Programs will be responsible for publicity for club events such as Big Brew and Iron Mash, recruiting brewers for our demo brews at meetings, coordinating content on the website and Facebook and will run meetings in the President’s absence.

With all formal activities concluded, we feasted on Will’s pulled pork (two versions) and discussed brewing techniques into the night. Some members availed themselves of Will’s beautiful pool and only one tried to go skinny dipping. His mommy quickly brought that to a halt. When the beer ran out, we all left with thoughts of next month’s annual meeting at B&J’s, Staples. Couple of special rules for that one: homebrew is allowed but must remain inside the taped in area. NO COMMERCIAL BEER may be brought because you may purchase draft and bottled beer there. The meeting is not open to the general public, you must be a member or and invited guest to attend. And, it’s dues time so please bring your $20 cash or check only to make Tom’s life easier. 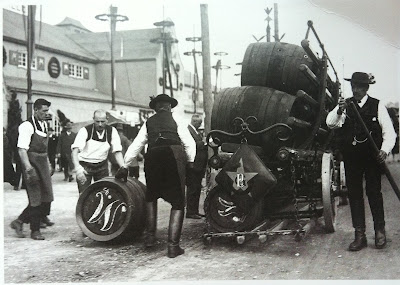 John and Nikki Daniels hosted the May B.A.S.H. meeting on Sunday the 21st at their home in Rockport. El Presidente Daniel Fearn is missing again! Curiously, Vice President Mike Wojdyla is back, grinning from ear-to-ear and claiming to know nothing about Daniel’s whereabouts, ransom, Bitcoin or the Dark Web. Hmmm…..

“Mystery Mike” called the meeting to order, thanking hosts John and Nikki. Treasurer Carroll Pate assured us the clubs finances are secure for a change. If anyone is interested in attending a fish fry on Memorial Day, see Carroll for tickets. Wild Bill Lehfeld reported that B.A.S.H. pint glasses for new members will be engraved this week and will be available at the June meeting. Paul Holder thanked everyone who participated in the AHA’s Big Brew earlier this month. Since the club supplied ingredients for the Oktoberfest lager, American IPA and Saison, we get to drink the results. The Saison may be ready in time for the June meeting. Mike will submit a proposed 2019 competition schedule, to be discussed and voted on at the next meeting. Paul has volunteered to chair the nominating committee for fiscal year 2017 – 2018 officers. If you’re interested in serving on the committee or as an officer contact Paul. The election will take place at the June meeting, with the new officers assuming their duties in July.

Thanks again John and Nikki, keep on brewin’ and we’ll see you next month at William Lee’s !
Posted by Erik Hinz at 4:39 PM No comments: