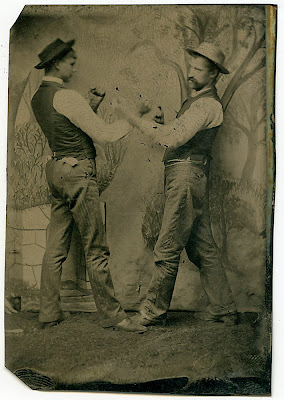 Carroll and Judy Pate hosted the December B.A.S.H. meeting on Sunday the 8th at their home in Calallen. Neither the clubs’ President nor Vice President was in attendance, so past President Travis Clapp attempted to seize power in a coup. An informed citizenry confronted the villain with torches, pitchforks and mash paddles. After receiving twenty spanks with a mash paddle (and requesting twenty more) Travis gave up his futile quest. Your humble and obedient scribe then called the meeting to order. Host Carroll (wearing his wife’s bright green socks) gave a brief embezzler’s report, which sounded as rosy as all the others.

Mark Woerner was presented with the B.A.S.H. Cup and honored as the 2013 Homebrewer of the Year. There was no competition this month, but Travis and Chris Swanson conducted a demonstration brew. The resulting American barleywine will be named “Pull My Finger”. You’re a class act, Travis! A proposed 2014/2015/2016 competition schedule prepared by Cory Mathews was discussed. It was decided to move the sour ale competition back from 2014 to 2015, and move the bock competition forward from 2015 to 2014.No one wanted to make cider, so we decided to replace it on the 2016 schedule with Irish red ale (BJCP category 9D). Several members volunteered to host meetings in 2014. Paul Holder announced a new product for sale at Liquid Town on Airline near Toys ‘R’ Us that removes gluten from beer.

Thanks again Carroll, Judy, Mike and Spudboy, keep on brewin’, Happy Holidays and we’ll see you next month at the Freund’s (as always, with your own glass)!
Posted by Erik Hinz at 9:22 PM No comments: