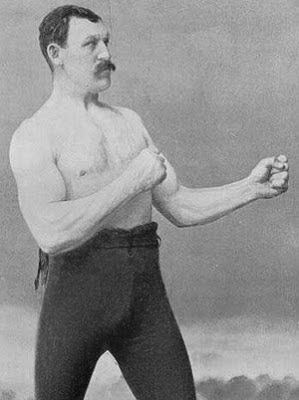 Lou Needleman and Melissa hosted June’s BASH meeting. It will be known as the Reunion Meeting as we welcomed back former members Shelley and Kevin Nelson and Dana Sharpe and bade farewell to Gregory Teagarden who is moving to Alpine. Lou and Melissa served their world famous Indian food. As usual there was more than enough to go around and we all noted that it was the best example outside of London.

Coastie Jason Merry hosted his last meeting as outgoing President. There was no treasurer’s report as the treasurer was on vacation (hopefully, not with our funds). We agreed to sponsor a Mead day on August 3, starting at 11 AM. The location will be, as usual, at Kyle’s house. Bring your refreshments and see how this beverage is made. The public is welcome to attend.

Paul announced that he will take orders for BASH apparel at the next meeting. A $5 deposit is required with each item ordered so come prepared. He also is taking styles for the annual PBS Classic Brew. This year’s theme is: Let There Be Light. Let Paul know what you want to brew if you intend to participate in the BASH Bar at the event in late September. Kyle is taking names of those who are willing to be tappers.

Jason announced the results of the Nominating Committee for officer positions for the next year. Travis, having lost the presidency and having been rejected for Pope, tried to assume the presidency again but was thwarted in his power-grabbing move by the quiet determination of Adam Klager who was elected by acclimation. The other officers will be Cory Matthews for VP, Carroll for Treasurer, Wild Bill for Secretary, Kyle for Competition Director and Erik for Webmaster. Congratulations to all and thanks to the outgoing officers for their service this past year.

There were several new beers. Rick Kelly brought his 15 gallon Brown, John Daniels an Oktoberfest, Ruben an Irish Red, Cory an American Wheat and the English Mild from the Big Brew, Gregory an Imperial Steam, an Imperial Kolsch and an IPA, Paul a New Albion clone and his Essex Bitter, Terry an IPA, Chris a Belgion Cucumber Pale, a Belgian Imperial IPA and an Imperial Porter, Travis had a Anchor Porter clone and an American Pils and Toad served his Sanitizer Wit.

Some of the witticisms overheard include:

The next meeting will be July 14th at the B&J’s on Staples at Timbergate. You may bring homebrew as long as it stays inside the marked area for the club. Beer will also be available at the bar for the usual charge. Paul will host the food which will be PIZZA (no kidding). You may bring a side dish if you wish.


Thanks again Lou and Melissa, keep on brewin’ and we’ll see you next month at B&J’s (as always, with your own glass)!
Posted by Erik Hinz at 8:10 PM No comments: