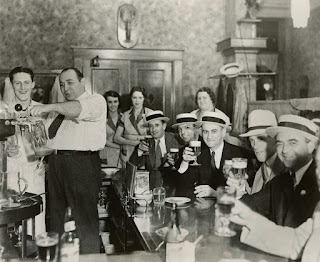 Walt and Judy Crawford hosted the February B.A.S.H. meeting on Sunday the 12th at their home in King’s Crossing. El Presidente Daniel Fearn was again working at his OTHER job, so Vice President Mike Wojdyla ran the show. After welcoming guests Chris Vega and Amber-Rai, he called the meeting to order. Treasurer “Cretaceous” Carroll Pate led off with another glowing report. In old business, Paul Holder is gathering donor beers for March’s BJCP certification test. He needs unmarked bottles of homebrew, either two 22-oz. bottles or four 12-oz. bottles of the same beer. Place the bottles in a bag along with an envelope with your name on the outside. Inside the envelope, include a note declaring the beer style. Take the beers to Liquid Town on Airline across from Toys’R’Us.

In new business Jim Hildreth shared a story of how he received a second degree burn the size of a golf ball on his arm while brewing. Paul led a discussion of bottle sanitizing methods. In short, don’t use steam – cheap bottle glass is too fragile. If using a dishwasher, don’t use detergent – it can contain small ceramic particles which pit the bottles. Use plain water with a heat drying cycle instead. Dip sanitizing is also OK. In a related note, Chris Vega has bottles to donate.

As usual, the stories grew more ridiculous as the evening grew long and the party congealed around a cluster of besotted die hards. Bryan took the cake with his cruise ship recollection – “My cabin – I heard people vomiting on either side through the sound-proof walls!”


Thanks again Walt and Judy, welcome Chris V and Amber-Rai, keep on brewin’ and we’ll see you next month at the Swanson’s !
Posted by Erik Hinz at 9:05 AM No comments: