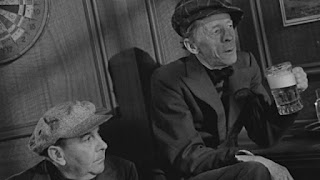 Paul Holder and Tom Freund will pick a style for November’s Iron Mash XIII and announce it at the October meeting. Tom will have team sign-up sheets. Let Paul know if you need yeast. We voted to limit entries to two per team.

Paul gave an update on the KEDT-TV Classic Brew, to be held on Thursday, September 22nd at the Museum of Science and History. Members have signed up to donate 10 keg s for the B.A.S.H. 5-tap portable bar. Donors receive free admission, a free t-shirt and souvenir glass. Paul passed around a sign-up sheet for volunteer tappers, who get half price admission with a t-shirt and glass. Keg donors and tappers need to undergo training on Wednesday, September 14th at 5:30 p.m. at the KEDT studios at Staples and Kostoryz. The night of the event, keg donors should bring their kegs at 5:30 p.m. Tappers should arrive by 6 – 6:30 p.m.

Dixie Cup regional homebrew competition entries should be turned in to Daniel by September 23rd.

The Too Much Information Award went to Paul who announced “I’m having trouble mounting my umbrella”. Hmm …

Thanks again Mark, keep on brewin’ and we’ll see you at the Classic Brew and next month at Railroad Seafood Station !
Posted by Erik Hinz at 6:44 PM No comments: