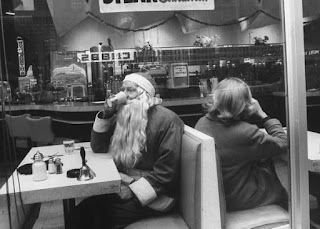 The December B.A.S.H. meeting was held in Calallen on Sunday the 11th, hosted by Carroll and Judy Pate. El Presidente Daniel Fearn called the meeting to order and thanked the Pates, who have hosted in December since everyone spoke Esperanto and drove flying cars. As usual, Treasurer Carroll reported a decent club balance.

In new business, William Lee has a bucket of pilsner grain to give away. Carroll has surplus plastic conical fermenters and a 2-stage wort chiller, in exchange for a donation to the club. Steve Cook reported on the ongoing BJCP judge training class. We discussed options for the local March exam -- timing (1st Saturday ?) and administrators/proctors per BJCP guidelines.

What about the demonstration brew? Instead of making a batch of beer, Daniel and Carroll used Daniel’s grainfather rig to make several jugs of wort starters, using Maris Otter and Special Black malt. Carroll then pressure cooked the jugs to sanitize them. Carroll estimated a use-by date of 2542 A.D. and plans to squirrel away a couple of jugs to continue brewing at his retirement bungalow on Mars. Judy will have to bring her own Prosecco.


Thanks again Carroll and Judy, keep on brewin’ and we’ll see you next month at the Freund’s !