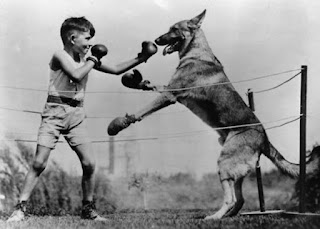 The rain fell, the water rose and Travis Clapp built his ark, stocking it with two sheep, two goats, two ferrets, two more sheep, etc. The rest of us braved the biblical deluge and ventured to Rockport for the May B.A.S.H. meeting, hosted by John and Nikki Daniels on Sunday the 15th. Amateur meteorologist John reported that this was only the 5th time in the past 30 years that it has rained on the 3rd Sunday in May. In any case, we stayed high and dry on the Daniels’ huge covered rear porch.

With El Presidente Sabrina Krueger gallivanting across the Baltic Sea, it was up to Vice President Mike Wojdyla to call the meeting to order. Carroll Pate delivered another sterling treasury report – forget Alexander Hamilton, THIS GUY belongs on the ten dollar bill! We all congratulated Daniel Fearn on advancing to the AHA finals in Baltimore with his European amber lager and semisweet mead.

Lorelei Brewing has received labeling approval and has beers on tap in eight bars in Corpus Christi. Carroll reported on an article in an online forum about stretching your yeast inventory. First, prepare a 25% solution of glycerine with water. Open your packet of yeast and divide the contents into up to ten portions. Then dilute each portion 50/50 with the glycerine/water mixture. The resulting slurries should stay viable up to 2 years in the refrigerator. Paul Holder warned of a potential yeast shortage – supplier White Labs in San Diego is at capacity. Mark your calendars – Carroll will celebrate his 75th birthday in Calallen on Sunday, August 21st. Said elderly Paul “I look up to Carroll as sort of a father figure”!

As usual, the conversation got a little weird near the end with Chris uttering a real gem – “He had throat cancer from all the cigars he drank”! Hmmm ….

Thanks again John and Nikki, keep on brewin’ and we’ll see you next month at the Crawford’s !
Posted by Erik Hinz at 9:27 AM No comments: 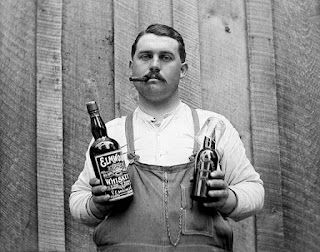 B&J’s Pizza on Staples at Timbergate hosted the 2016 Corpus Christi edition of the American Homebrewers Association’s Big Brew. Two teams from the Bay Area Association of Homebrewers (B.A.S.H.) brewed the AHA’s selected recipes for this year in an outdoor, public demonstration. The weather was beautiful (if a tad breezy) and the B.A.S.H. canopy provided ample shade.

In a solo effort, Aggie Bill Hughen brewed a 5-gallon batch of ginger beer. Sarah Tilton and Sean Sutherland brewed a Dusseldorf alt. Our canopy was FULLY ERECT by 11:00 a.m. Aggie Bill ignited his propane burner at 11:10, followed by Sarah and Sean at 11:15. El Presidente Sabrina Krueger quit complaining about her new “B.A.S.H. Mom” moniker long enough to lead the traditional global synchronized toast to homebrewing at high noon. We got a pleasant surprise at 1:00 p.m. when prodigal son Claudio Montiel joined the festivities.

By 3:15 both beers were done. The canopy was taken down and stowed by 3:30 with little drama. No embarrassing screwups or ridiculous comments were noted this year, although during a slightly sloppy cleanup phase Sarah discovered that her phone is, in fact, amphibious! The finished beers can be sampled at the July meeting.


See you at The Daniels’!