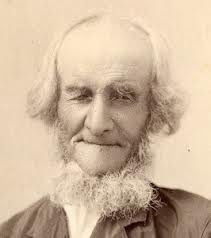 Paul Holder reported that the city of Corpus Christi annual drinking water quality report has been issued and is available online. For those who brew with tap water, be advised that the city uses chloramide as a disinfectant, which cannot be removed by boiling. Camden tablets will remove the chloramide, or use reverse osmosis water and add minerals as required.

Eight styles of beer have been volunteered so far for the club’s booth at next months Classic Brew. Our theme this year is “Let there be light”.

Paul has received the T-shirts, polos and tank tops that he ordered last month. If you put down a deposit on a shirt, see Paul. In other business, Vice President Cory Mathews has volunteered to serve as Competition Director as well.

Speaking of competitions, the August contest was for European amber lagers, BJCP styles 3A and 3B. Mark Quade earned two points by capturing 1st place with his Oktoberfest. Secretary-For-Life Wild Bill Lehfeld earned one point with his “Fifty Shades More” Vienna amber. Wild Bill’s “Fifty Shades of Amber” Vienna and Oktoberfest rounded out the competition.

After refreshments, most of us cooled down in the soothing saltwater pool.

Thanks again Nick, keep on brewin’ and we’ll see you next month at Danna’s (as always, with your own glass)!

P.S. – “To bee or not to bee – that is the question”. Member Travis Clapp found the answer to this question on Saturday, and was thus a no-show for Sunday’s meeting. After his disgusting behavior during Mead Day, when he almost committed perverse acts with honey, the bee community was not amused. These clever insects laid an ingenious trap for Mr. Clapp, and he fell for it hook, line and stinger.

First, a nasty swarm infested the home of Travis’ friend Frank the Tank. Frank was thinking of hiring professional exterminators, but Travis volunteered to do the job himself, using a borrowed bee suit. “I’ve killed many a varmint in my day – pregnant doe, you name it”. As Travis suited up and began the job, a solitary infiltrator got under the protective hood and began buzzing menacingly. Our man Travis did not panic, instead taunting the bee with “Is that a stinger on your abdomen, or are you just glad to see me?” When the bee struck, Travis replied “It’s only a flesh wound, I’ve had worse. Your mother was a hornet and your father smelled of elderberries!” At that point, Travis ripped off the hood and exclaimed “Come and get it, you six-legged, yellow-bellied bastards!” And so they did -- the whole demonic host descended on Travis’ face and commenced stinging. As he was dragged to safety, he swore he heard an insectoid rendition of Wagner’s “Ride of the Valkyries”.

Travis claims he would have made Sunday’s meeting had he suffered only sixty or seventy stings, but one hundred is his limit. Heal up, big guy, we’ll see you next month.
Posted by Erik Hinz at 4:22 PM No comments: 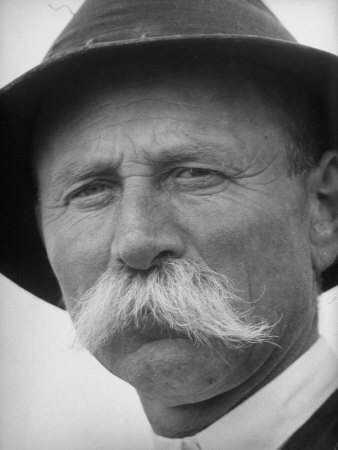 Kyle Hotz hosted Mead Day 2013 at his home in Corpus Christi. Ed Schloniger (friend of Kevin “Dr. Moustache” Nelson) was our guest for the day. At high noon, the mead makin’ commenced in the air-conditioned kitchen. Kyle and Kevin made a dry, sparkling ginger mead which they plan to dry hop. Robin Baker and Christyn Overstake produced a “Wit flavored” mead (lemon/orange zest, peppercorns and coriander).

I went home and passed out for a couple of hours, then tried to remember some crazy antics which usually accompany Mead Day. It seemed like everyone was well-behaved this year, but then again my memory of the day’s events is a little murky. (It must have been the heat because surely my intake of beer and mead had no impact on my cranial function). Paul reminded me that Travis Clapp had been present, and committed his usual misdeeds. First of all, Travis only showed up because he heard there would be lots of honey present and he thought he’d find a new girlfriend. Then he grossed everyone out by proposing to make a sea turtle mead. When he insisted the honey/turtle concoction would be a lovely shade of green, we all began to turn sickly green. Later, he spilled honey in his lap and his dog Barley suddenly appeared, panting heavily. When he headed for a back bedroom with a jar of honey, host Kyle intervened and sent the boy home. I still don’t remember these details, but they must have happened because Paul NEVER embellishes stories about Travis. Neither do I. Perhaps next year Travis can brew beer at B&Js all day, ensuring a good, clean mead event …
Posted by Erik Hinz at 8:43 PM No comments: