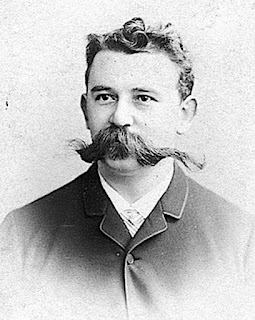 The November B.A.S.H. meeting was held on Sunday the 8th at the home of Mark Woerner, on the heels of the rescheduled and relocated Iron Mash XII. El Presidente Sabrina Krueger called the meeting to order, welcoming new members Sarah Tilton, Geoff Whirty and Jeremy Van Horn. Carroll Pate assured us the club treasury is still sound and encourages everyone to attend next months’ meeting at his house, where carnitas will be served. We decided to start future competitions at 4:30 p.m. Paul Holder reported that Hector Cavazos has received his federal license for Rebel Toad Brewing downtown, and that Port Aransas Brewing has been sold.

The competition this month was for Belgian strong ales, 2008 BJCP categories 18A-F. Paul collected three points for his winning Imperial Golden Strong (judges score 146). Sabrina/Andrew Herzig earned two points for their second place dark strong (139). Sean Sutherland’s dubbel came in third with a score of 138, earning one point. Paul’s Golden Strong rounded out the competition with a score of 132. Cumulative results after all six competitions are as follows:


Paul is thus B.A.S.H. homebrewer of the year for 2015 and will receive the holy B.A.S.H. Cup at next months’ meeting.

With all the beer that was consumed, you’d expect a few ridiculous conversations. Your humble and obedient narrator only overhead one, but it was a doozy:

Q: “Do those appendages have any effect on the tip vortices?”

A: “Only at the best gentleman’s clubs!” Okey doke …


Thanks again Mark, welcome Sarah, Geoff and Jeremy, congratulations Paul, keep on brewin’ and we’ll see you next month for carnitas at Carroll Pate’s!
Posted by Erik Hinz at 6:42 AM No comments: 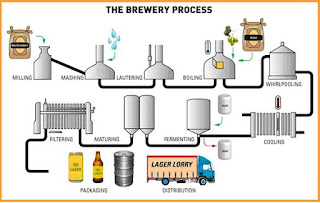 Iron Mash XII was not rained out – merely rain delayed and relocated. Originally scheduled for Saturday, November 7 at B&Js Pizza on Staples at Timbergate, the rainy, blustery conditions forced implementation of Plan B. The event was held on Sunday, November 8 in Mark Woerner’s backyard. Mark was conveniently hosting the monthly meeting later that afternoon. It turned out to be a pleasant, sunny day.

Each team received a box of ingredients and were given 30 minutes to concoct a recipe for an American porter or English porter. Ingredients included grains, dried malt extract (DME) and hop pellets. The teams supplied their own water and yeast.

Each team chose to make the American porter (we don’t want no stinkin’ foreign porter). The propane burners were then fired up and the brewing commenced. Despite the usual minor screw-ups which kept the peanut gallery entertained, all brews seemed to be completed. Which beer will win the coveted Iron Mash Cup and secure bling medals for the winning team members? You’ll have to attend the January 2016 B.A.S.H. meeting to find out (and to drink the beers). See you then!
Posted by Erik Hinz at 6:36 AM No comments: