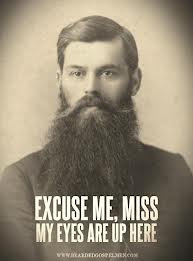 Paul Holder and Kyle Hotz gave an update on the Classic Brew. The event venue (Museum of Science and History) is now managed by a private corporation with their own liquor license. Corporate policy is that all persons serving alcohol shall complete the TABC servers’ course. The downside to TABC servers’ certification is that the server is personally liable for serving minors or intoxicated people. B.A.S.H. members who had been planning to serve homebrew at the clubs’ portable bar decided not to accept this liability, thus B.A.S.H. will not participate as an organization. Individuals may still volunteer as tappers if they complete the TABC course no later than Thursday, September 12th. The course may be taken online, or at the KEDT-TV offices on Tuesday 9/10 or Thursday, 9/12 from 6:00 – 8:15 p.m. You must pay $15 to complete the course, but will receive free admission, t-shirt and glass. Certification is good for two years. Non-tapper volunteers are also welcome.

In other old business, Paul still has a couple of B.A.S.H. shirts remaining. If you ordered a shirt and plunked down a $5 deposit, you have until the October meeting to pick up your shirt and pay the balance due. If not, you forfeit the deposit and the shirts will be for sale first come, first served.

There was no competition this month, but Drew Burkhardt and Vice President Cory Mathews conducted a demonstration brew of prickly pear blonde ale.