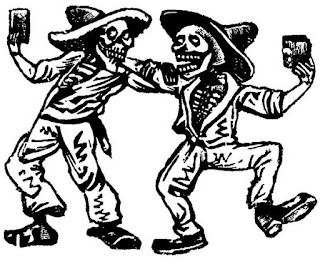 In old business, Paul thanked Classic Brew participants. KEDT plans to have us back next year and we got a nice write-up in the Caller Times. Paul announced the style category for next months’ Iron Mash XIII – amber and brown American beer (2015 BJCP 19A-C). This category encompasses American amber ale, California common and American brown ale. Tom Freund has the team sign-up sheets. Each team can have up to four members and may submit one or two beers for judging. All team members must have paid dues for this year. This outdoor team brewing competition will be held on Saturday, November 5th in celebration of AHA’s Learn To Homebrew Day. Please don’t bring homebrew but you can enjoy B&J’s beers outside at the event.

In new business, there are still opportunities to help out at Sunday’s 1:00 p.m. Dixie Cup judging session in Houston. So far Daniel and Jessica Fearn and Steve and Erica Cook plan to attend. There are still two slots open for the BJCP test in March. Judging training sessions continue every other Wednesday at 7:00 p.m. at Lazy Beach Brewing. Vice President and Competition Director Mike Wojdyla proposed that we purchase two bound copies of the 2015 BJCP Style Guidelines. The motion was approved unanimously. Micah Cole announced that he is looking for a “brew buddy” in Calallen to split batches.

The competition this month was for Scottish ales, BJCP 14A-C and 17C. Wild Bill Lehfeld’s “Fat Bastard” wee heavy earned three points with the win, with a judges score of 163. The remaining three entries were Scottish exports, with Greg Sawyer earning two points for 2nd place with a score of 144. Vic Aguilar rounded out the scoring with one point for 3rd place with a score of 119. Bringing up the rear was Wild Bill’s foamy entry, scoring 90. After 5 of 6 club competitions, cumulative scores are as follows:


Thanks again Sean, keep on brewin’ and we’ll see you next month at the Iron Mash and at Brad Klager’s !
Posted by Erik Hinz at 4:38 AM No comments: