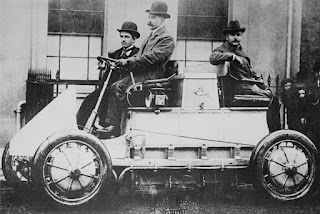 Brad Klager hosted the April B.A.S.H. meeting on Sunday the 10th. El Presidente Sabrina Krueger called the meeting to order and welcomed guest Mike Westergren and new members Steve Cook and Randy Sandifer (with wife Carla). Treasurer Carroll Pate rambled on about the club treasury and took a lot of pictures. We all congratulated Daniel Fearn on earning 3rd place in an AHA regional competition with his European amber lager.

For the upcoming Big Brew on Saturday, May 7 Sarah Tilton and Aggie Bill Hughen will brew the two AHA recipes (Dusseldorf alt and ginger beer, respectively). Heads up – the May monthly meeting will be on the 3rd Sunday (5/15) so as not to interfere with Mothers’ Day. You don’t want to miss Nikki Daniels’ INTERNATIONALLY FAMOUS taco salad. Jim Hildreth was strong-armed into being nominating committee chairman for this summers’ club elections. Daniel Fearn made us aware of the upcoming Alamo City Cervezafest. Beer competition entries cost $8 each. You can enter one beer per BJCP category in three unmarked 12 ounce bottles.

Paul Holder gave a brief presentation on fruit beers. They may contain chemicals which interfere with medication. The bottom line is to always disclose fruit presence in homebrew, especially with grapefruit.

Thanks again Brad, keep on brewin’ and we’ll see you next month at the Big Brew and the Daniels’ !
Posted by Erik Hinz at 6:29 PM No comments: