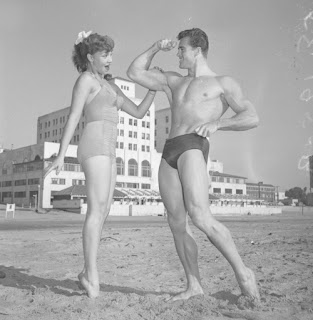 Daniel Nutting and Patricia Polastri hosted the June B.A.S.H. meeting on Sunday the 14th at their home on Ocean Drive. Outgoing club President Cory Mathews called the meeting to order. The club treasury is still in good shape. Dues of $20 for the new fiscal year are expected at next months’ meeting. In a contentious election, newlywed Sabrina Krueger emerged as El Presidente for the 2015-2016 season. Mike Wojdyla will be Vice President and competition director. Carroll Pate will continue as Treasurer-For-Eons-And-Decades and Wild Bill Lehfeld was chosen as Secretary-For-The-Foreseeable-Future-And-Then-Some. Cory reported that the first two Saturday tasting room sessions at his Lazy Beach Brewing Company were smashing successes.

Sabrina issued the club competition schedule through 2018. For 2016, we will continue with the 2008 BJCP guidelines. Beginning in 2017 we will switch to the new guidelines. The updated schedule will be posted on the website. Speaking of competitions, this months’ English ESB/Pale Ale contest was won by Sabrina/Andrew Herzig, with Paul Holder’s ESB finishing 2nd. Sabrina/Andrew picked up two points in the annual standings, with Paul adding one point to his tally. Year-to-date results after 3 of 6 competitions are as follows:

Not a single ridiculous statement was overheard during the meeting, but Paul blinded several members with his recently embroidered Fluorescent Lime Green B.A.S.H. shirt. I guess they were out of Atomic Pink.


Thanks again Daniel and Patricia, congratulations Andrew and Sabrina, keep on brewin’ and we’ll see you next month at B&J’s on Staples!
Posted by Erik Hinz at 4:27 PM No comments: